Monopoly Money: How Amazon Stifles Competition and How Wasabi Can Win

Share on facebook
Share on twitter
Share on linkedin
Share on pinterest
If Amazon doesn’t right its current course, perhaps Congress needs to step in to regulate or possibly break up Amazon’s innumerable companies. As we know, too much economic clout held by one company mitigates innovation, drags down salaries, presents consumers fewer choices, and makes an economy less competitive. This is, in fact, why antitrust laws exist.

My four year old son recently took a momentary break from obsessively playing Sonic the Hedgehog on his Amazon Fire tablet to ask me as I brought in a package just delivered by an Amazon emblazoned sprinter van, “Daddy, why is Amazon everything?” “Why indeed, Sam?” I thought, as I began to put away groceries from Whole Foods, “Why indeed?”

As an online retailer, CSP, and media production house, Amazon is currently the largest internet company going. Its largest and fastest-growing division, Amazon Web Services (AWS), possesses 37% of the cloud market; it’s three times the size of its nearest competitor, Microsoft Azure. With all this in mind, a recent story in the New York Times made me stop and think about Amazon’s place in the future of global innovation. In the story, journalist Daisuke Wakabayashi makes the case that Amazon strategically “strip-mines” its competitors of their innovation and then undersells them, forcing companies to change their offerings or even go out of business in some cases. As Wakabayashi puts it:

“By lifting other people’s innovations, trying to poach their engineers and profiting off what they made, Amazon is choking off the growth of would-be competitors and forcing them to reorient how they do business.”

In addition, Amazon drives potential customers to its own services by creating a user experience that is more convenient. And because of the ubiquity of AWS, companies have little choice but to work with Amazon in marketing their products. All this begs the question, is AWS becoming a monopoly in the cloud computing and storage space?

If Amazon doesn’t right its current course, perhaps Congress needs to step in to regulate or possibly break up Amazon’s innumerable companies. As we know, too much economic clout held by one company mitigates innovation, drags down salaries, presents consumers fewer choices, and makes an economy less competitive. This is, in fact, why antitrust laws exist.

As the NY Times article points out, this past fall the House Judiciary Committee and the FCC began investigating AWS’s business practices. While many competitors are afraid to talk for fear of angering the cloud behemoth, one VC in the space says AWS’s tactics aren’t sustainable and that they show a pattern of “wresting control of software from their owners.”

It’s refreshing then, that Wasabi has used some of Amazon’s own tactics against it, acting as David to AWS’s Goliath. Indeed, our CEO David Friend has been outspoken about the fact that Wasabi’s API is modeled after AWS S3. Since it’s a de facto standard many developers in the industry are already creating on, why not just keep it simple? Of course, there are differences between AWS and Wasabi’s offering: Wasabi is 1/5th the cost, considerably faster and perhaps most importantly, doesn’t hold customers data hostage by charging outrageous data retrieval fees.

David Friend puts it this way: “it is not in the interests of some of the most powerful companies in the world and they will spare little trying to keep you from looking for answers their first-generation solutions can’t provide. When a disruptive technology company comes along, it’s hard for incumbents to respond. Scale works against them, rather than for them. But that’s okay, we are happy to play the role of David to their Goliath, for now. The performance, capability and efficiency of Wasabi powered businesses are undeniable. And the embracing of next-generation cloud storage is inevitable.”

In conclusion, AWS is a dragon that can and will be slain by competitors with innovation and disruption one paper cut at a time, especially those like Wasabi willing to take it on with vision, superior technology, and an appetite to disrupt. 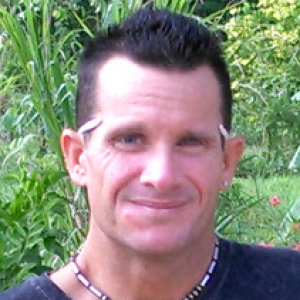 A global automotive icon, Mercedes-Benz is laser-focused on delivering the ultimate customer experience through the design and production of premium